Joe Louis (1914 – 1981) Rare 10×8“ Sepia photograph signed and dated December 4th 1940. Some edge wear. Nicknamed the “Brown Bomber”, was an American professional boxer who competed from 1934 to 1951. He reigned as the world heavyweight champion from 1937 to 1949, and is considered to be one of the greatest heavyweights of all time. Louis’ championship reign lasted 140 consecutive months, during which he participated in 26 championship fights. The 27th fight, against Ezzard Charles in 1950, was a challenge for Charles’ heavyweight title and so is not included in Louis’ reign. Louis was victorious in 26 title defenses, a world record second only to Julio César Chávez with 27. In 2005, Louis was ranked as the best heavyweight of all time by the International Boxing Research Organization and was ranked number one on The Ring magazine’s list of the “100 greatest punchers of all time.

Be the first to review “Joe Louis” Cancel reply 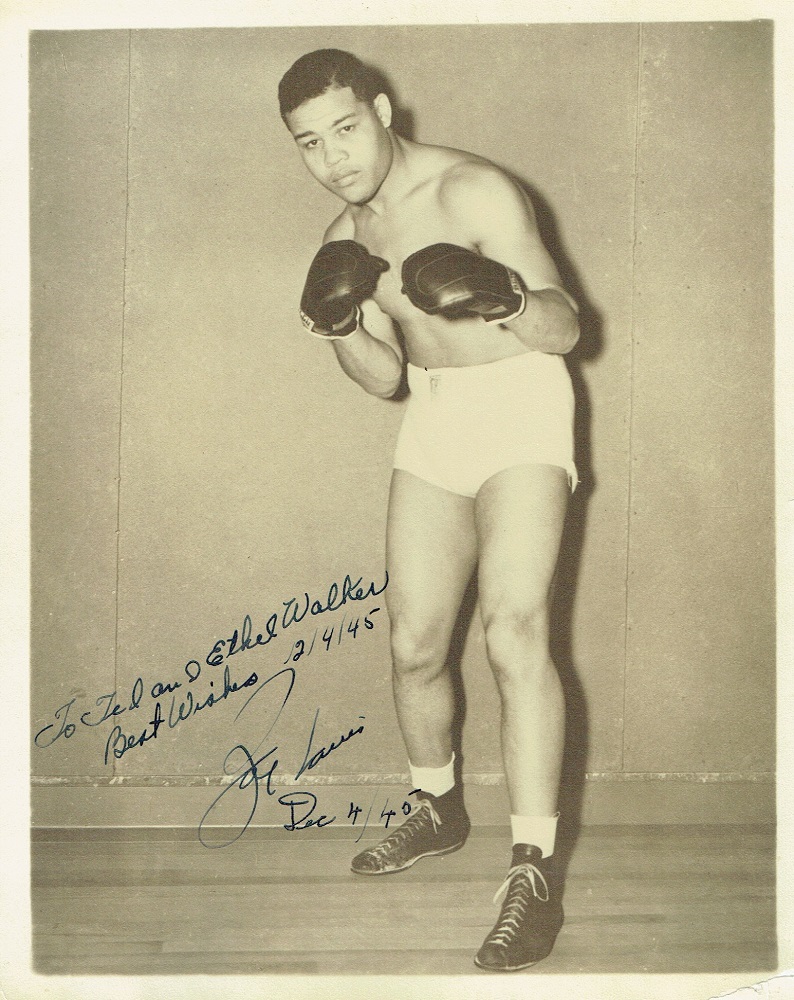