Add to Wishlist
Compare
SKU: A-148 Category: Space and Aviation

(1935 – 2014) 6×4“ Colour dedicated photograph. Valeri Kubasov was a Soviet cosmonaut who flew on two missions in the Soyuz programme as a flight engineer: Soyuz 6 and Soyuz 19 (the Apolloa??Soyuz mission), and commanded Soyuz 36 in the Intercosmos programme. On 21 July 1975, the Soyuz 7K-TM module used for ASTP landed in Kazakhstan at 5:51 p.m. and Kubasov was the first to exit the craft. Kubasov performed the first welding experiments in space, along with Georgy Shonin. Kubasov was also involved in the development of the Mir space station. He retired from the Soviet space program in November 1993 and was later deputy director of RKK Energia. Kubasov evaded death twice during his space career. He was part of the crew that was originally intended to fly Soyuz 2, which was found to have the same faulty parachute sensor that resulted in Vladimir Komarov’s death on Soyuz 1 and was later launched without a crew. Later, he was grounded for medical reasons before the Soyuz 11 flight, which killed the crew when the capsule was accidentally depressurised by a faulty valve.

Be the first to review “Valery Kubasov” Cancel reply 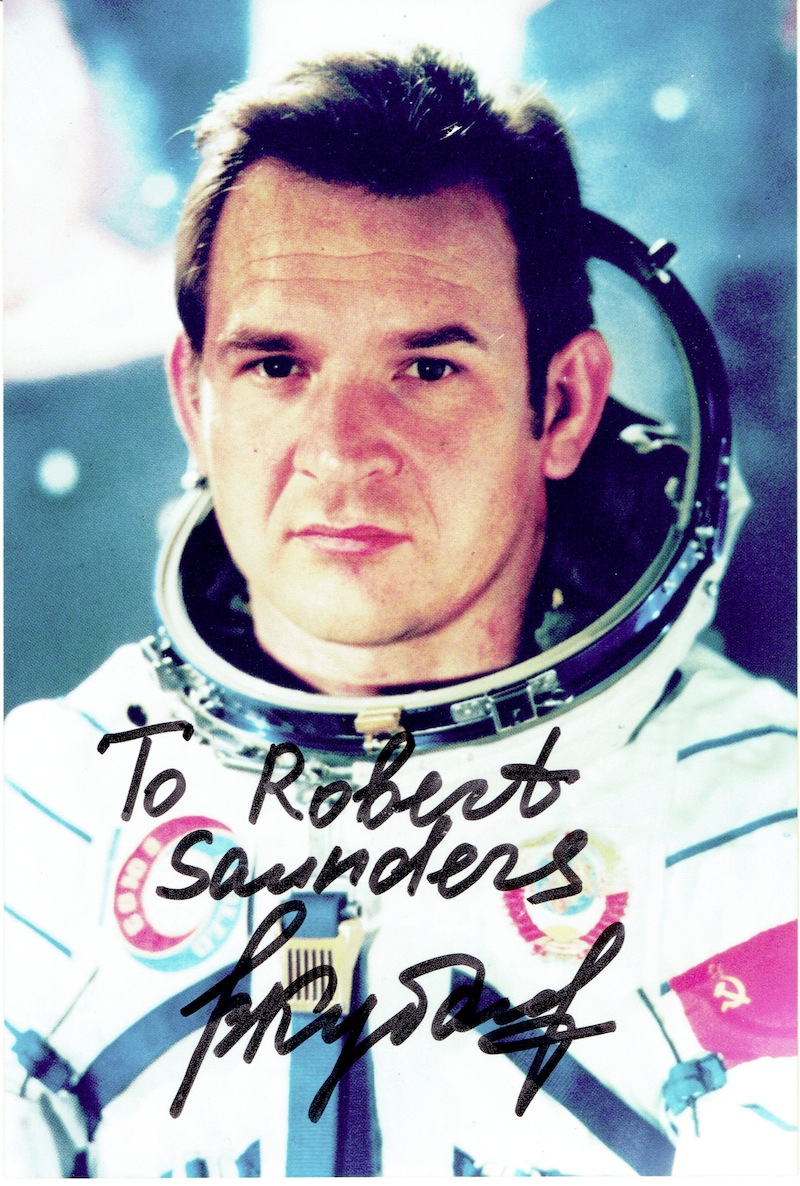